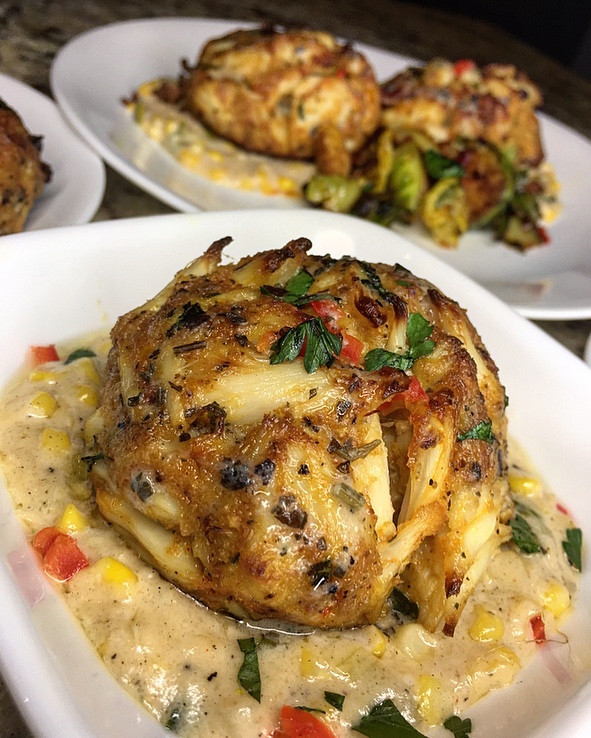 No matter the occasion, whether it’s an intimate dinner, baby shower or a simple weekly meal prep, these Cajun lump crab cakes are by far the most requested dish I’m ever asked to make. I’m proud to say that people literally go nuts over them. And until last week, I realized I was doing them all wrong.

Usually, I drizzle some olive oil in a skillet and lightly sear them on each side for a few minutes then into the oven for 10 minutes. But yesterday I decided to skip the skillet and I’m glad I did. I was initially into the crispiness that the skillet gave the surfaces, but once I baked them I realized they are far more appealing with a more subtle crust. As well, less dry tasting the next day.

The corn pudding (aka creamed corn) that I paired with this dish is a spin-off of my absolute favorite side dish at STK. I’ve eaten at far too many steakhouses to count, and to me STK’s corn pudding stands out over all the others.

What’s the big deal? Well, there is not too much to it. Fresh or frozen corn, cream cheese, heavy cream, green onions, butter, brown sugar, a little sweet pepper and cayenne for the kick. I also sprinkle in a little breadcrumb or flour to thicken and bind the mixture as it finishes in the oven. If you aren’t a crab cake person for whatever unfortunate reason, take this corn pudding and pair it with any seafood, steak or chicken as a wonderful addition. ** (DISCLAIMER)**You’ll notice a piece of bacon that in the picture of the ingredients. It’s totally optional if you are anti-pork, but I fry a piece and add the crumbles as a topping to the corn pudding on mine. It’s a killer touch but still really awesome without it.

In this particular recipe, I didn’t include a sauce for the crab cake, although I sometimes like to drizzle something over it for a nice touch. That’s because the corn pudding feels that void. When you cut into the crab cake, scoop some of the corn onto your fork with it. It’s a first-class ticket to flavor town. 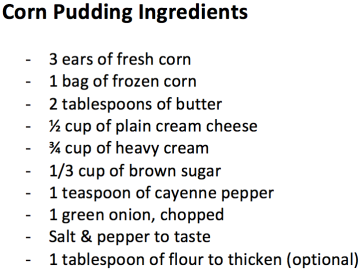 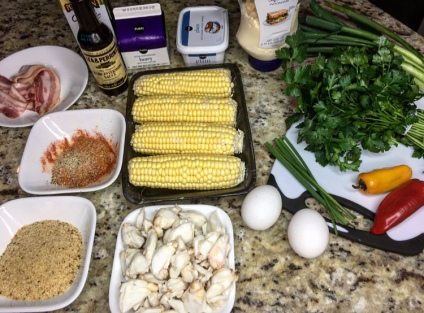 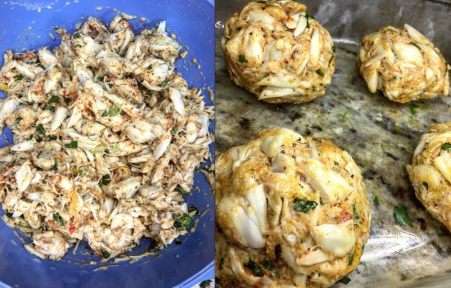 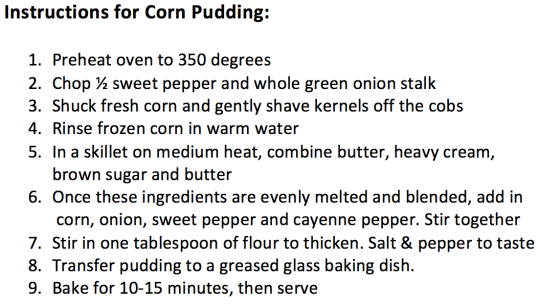 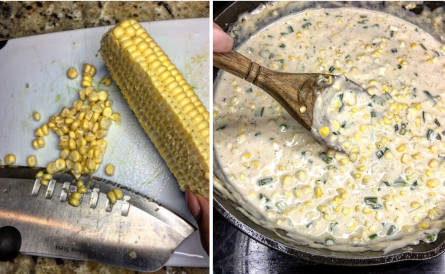 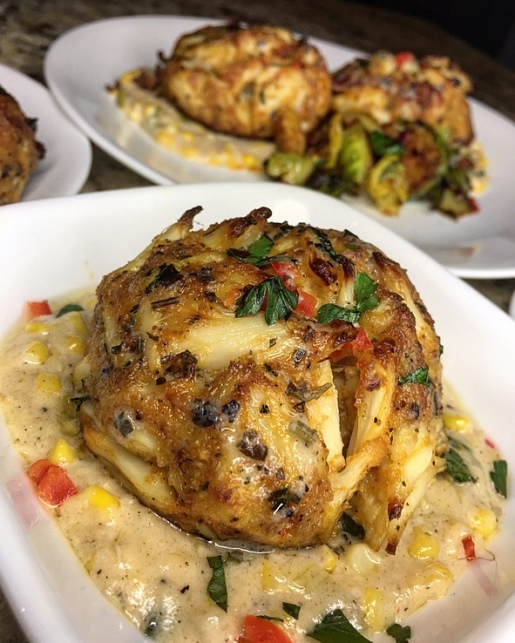 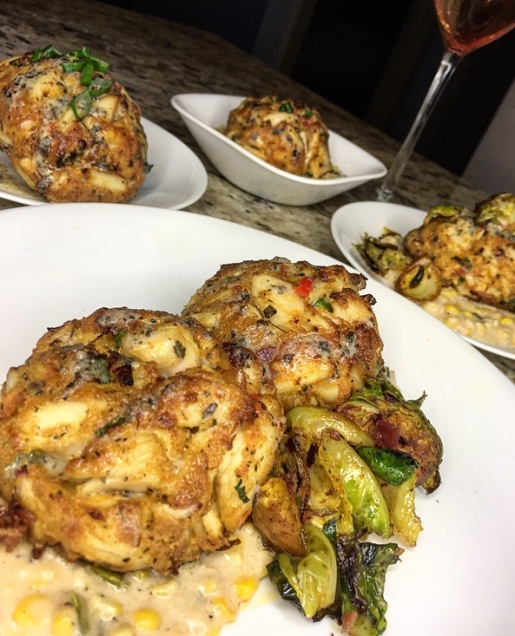 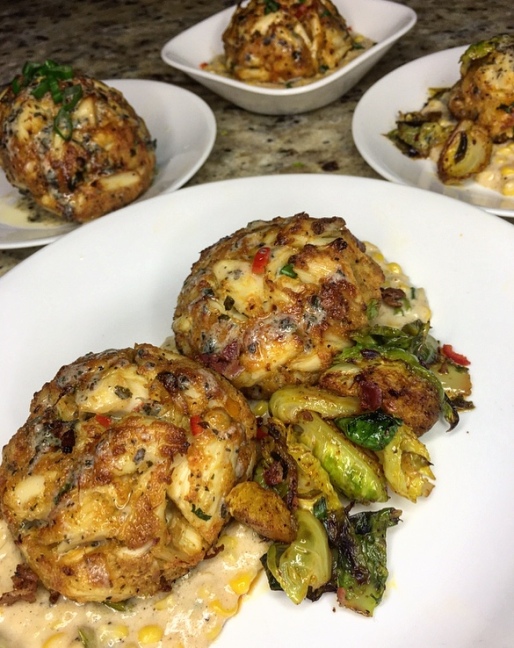