This post is merely an excuse for me to publicly rave about one of my favorite sauces of all time…creamy cilantro-lime.

It’s got this zesty, southwestern flair that makes it a flattering addition to practically any protein. I’ve drizzled it over seared steaks, grilled chicken, and fish (as seen here). I’ve even used it as a dipping sauce for my spicy tamarind shrimp skewers.  In this particular recipe, it serves as an accessory to a slab of pan-seared salmon. I also infused a slightly altered version of the sauce into the rice that I served on the side.

The ingredients and the process of making it couldn’t be any more uncomplicated. A cup of sour cream, fresh cilantro, garlic, green onion, half a serrano pepper, and the juice of a lime. Throw it in your food processor, or blender for about 15 seconds and you’re done.  If you are going to make the sauce for cilantro-lime rice, use the same ingredients but leave out the sour cream. I added a couple tablespoons of olive oil and water to it instead. 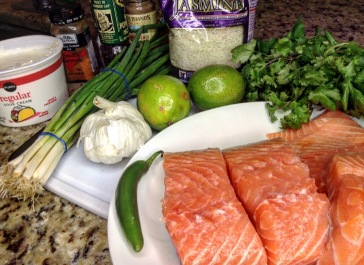 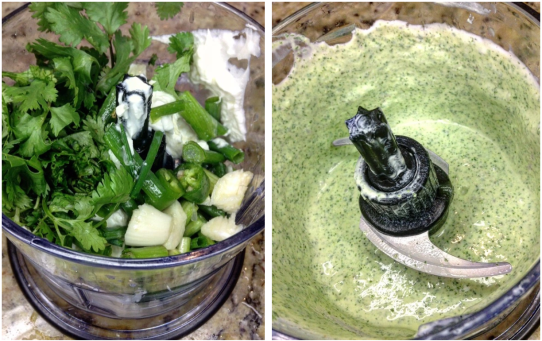